Dave Gregory holds a BFA from Boston University’s School of Fine and Applied Arts. (It’s in the attic somewhere.)

He began writing in the 4th grade, though Miss Platt was never pleased with the quality of his penmanship.

He has written poetry and essays over the years, for his sanity and others’ enjoyment. Published in several newspapers and poetry collections, he also had a poem published in a Christian publication that was distributed free in fourteen counties in Tennessee.

As for jobs, he has been, in no particular order, a light designer, built sets, acted, was a tour stage manager, assistant stage manager, production stage manager, and a newspaper boy. He has also been an Accounts Receivable clerk, Accounts Payable clerk, and office manager, flipped hamburgers, managed the Bernhard Center (Fine Arts Center) at the University of Bridgeport, managed a hardware store, worked in an electrical supply store, sold fertilizer, flowers, bushes, and Christmas trees (real and artificial), helped build mechanical indicators for airplanes and shutters for assorted uses, including one that is part of the Mars Rover.

Father of two and grandfather of three, Dave now reads to daycare children through the Literacy Center of Milford and is a docent, giving tours at the Milford Historical Society in Connecticut. 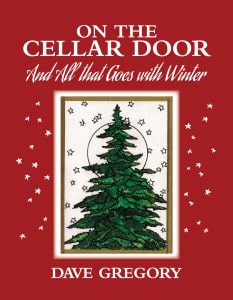