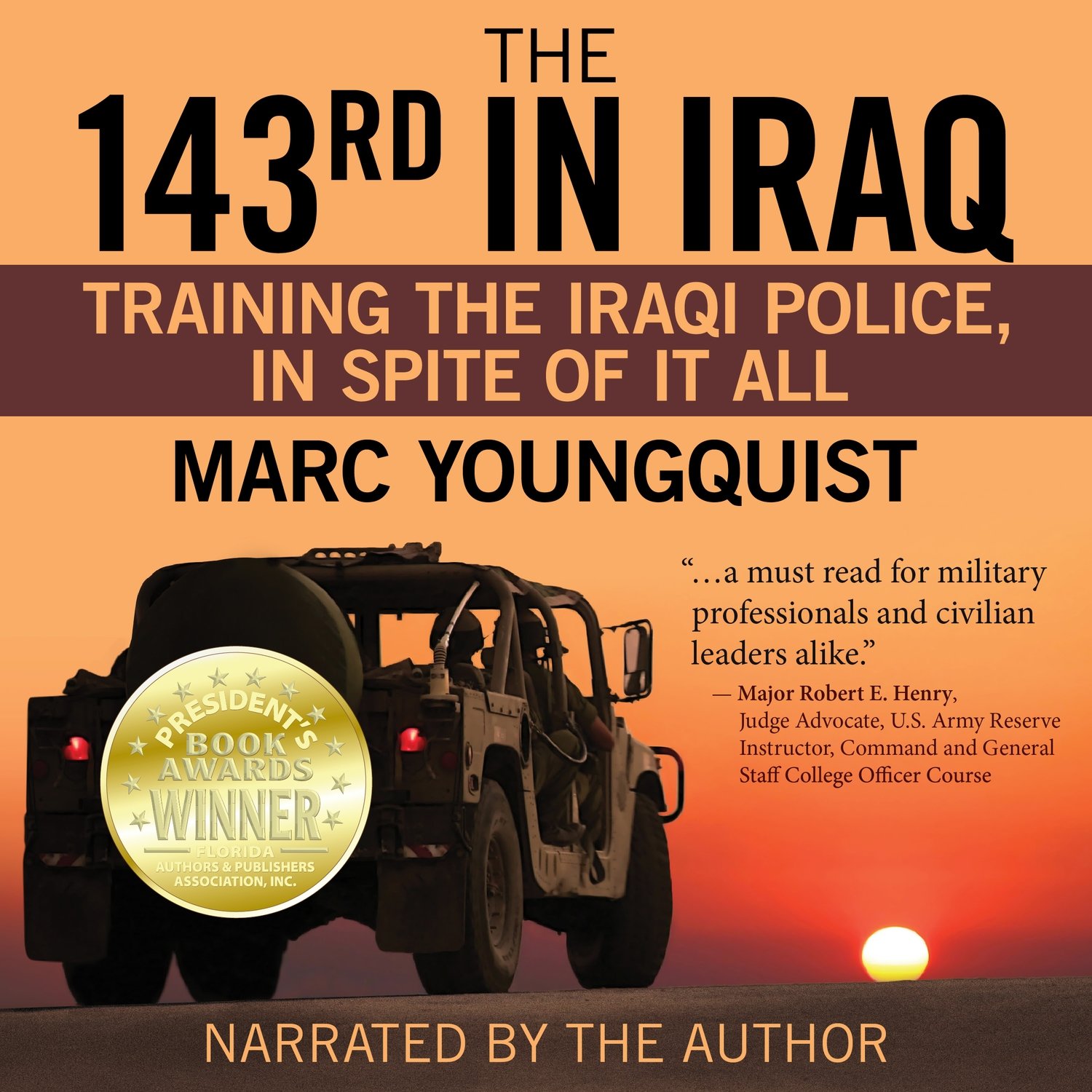 The 143rd in Iraq: Training the Iraqi Police, In Spite of It All (audiobook)

When America goes to war, she sends her serving sons and daughters into harm’s way for the protection of her people and the security of the nation. In doing so, she sends the strongest of the faithful, her volunteers, the people who have the hearts of lions, who leave their homes and family for the greater good of us all. And when America goes to war, she calls and asks, “Who will go?” Marc Youngquist, a former marine and serving National Guard trooper put up his hand and said, “I will”. Marc has written of his Connecticut Military Police National Guard unit as they deployed and saw action in Iraq in 2003 and 2004. His is a telling story that readers rarely see—the gritty clear-eyed truth that includes the chaos of organization, the apathy of command staff, the lack of critical need-to-have equipment, and the sometimes broken-down/obsolete vehicles, weapons, communications, adverse weather and health threats—even clothing necessary to do the job. Marc writes of this and more, not in complaint or anger, but as it is and what he and his fellow MP Unit still accomplished in an active and always dangerous combat zone. Every American owes a measure of gratitude and respect for our military. Every American should read Marc Youngquist’s account of our citizen soldiers and their missions—not only overcoming the challenge of a sometimes faceless enemy that uses buried and roadside car bombs, snipers, and guerilla warfare tactics to kill Americans, but how they prevailed and met the call of duty, “In Spite of It All.” - Bruce W. Tully Special Agent In Charge (Ret.) Senior Foreign Service Diplomatic Security Service United States Department of State