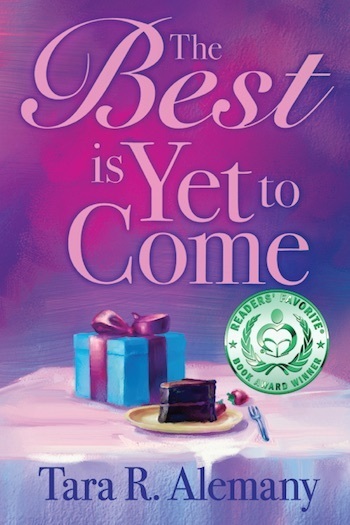 The Best is Yet to Come

Recipient of an Honorable Mention award from the 2014 Readers' Favorite International Book Awards.

After 12 years of living alone as a single parent, she hadn't expected to find love again. She'd pretty much given up on the idea... So, when Frank unexpectedly came into her life, the result of an errant e-mail, he turned her world upside down. Four months later, his unexpected death brought it to a crashing halt.

Join Tara on her journey as she shares the story of their time together and, more importantly, the lessons she learned as she rode waves of unanticipated love and grief to ultimately come to the strongest place she'd ever been in her life.

This book will speak to and inspire anyone who has ever suffered the loss of a dream, and reaffirm that, every day, the best is yet to come when we choose to fully live our lives, instead of being complacent bystanders.