John Howard Stetson, Jr. (aka “Jack” Stetson) is the grandson of Gladys Stetson Leahy and John Leahy’s step-grandson. Growing up under the strong influence of both Leahys, Jack began his working career as an office boy at a part-time job at the age of twelve. He graduated from Danbury High School in 1962 and spent three semesters at the University of Rhode Island. Disillusioned with college life, he left there, came home, married Carol Farwell, and spent the rest of his life as a student of the John W. Leahy College of Life-Long Learning while working his way up the ladder as an employee of the various Leahy enterprises. That culminated in his owning those businesses, which will celebrate 100 years of existence in 2017. His many joyful years of working at the Danbury Fair prompted him to complete writing the story of its history. Contact Jack Stetson Interested in interviewing Jack for your readers? … Continue Reading 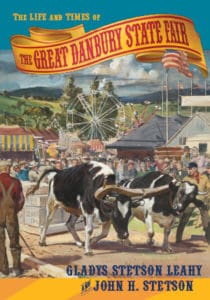