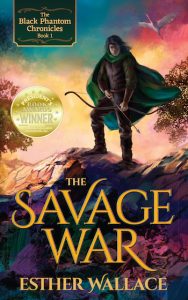 A young shepherd boy sets out to find his calling and stumbles upon a land at war. Arnacin of Enchantress Island must wrestle with the purpose of honor, and the conflict that ensues when it’s called into question.

Valoretta, princess of Mira, has been chosen to be her father’s successor, but at what cost? Her country is in conflict, conspiracies abound, and the native population has risen against her father, King Miro, and their people.

Everything changes when Arnacin and Valoretta join forces to secure the future of Mira. But will Arnacin’s honor be the greatest victim of The Savage War? And will the Black Phantom be Mira’s doom or salvation?

Esther has been a personal friend of Tara’s for many years now, and is a member of the Word Weavers chapter that Tara leads. It’s been a pleasure to read her stories over the years as she’s developed as a writer. The people and places, the scenes and speeches, have all spoken of someone with a deep desire to whisk her readers away into her stories. So when she told us that she was ready to publish her first book, we knew we wanted to be the ones to help her. We hope that you enjoy reading Arnacin’s story as much as enjoyed seeing him develop. 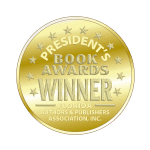 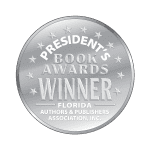 The Savage War: The Black Phantom Chronicles Book 1 by Esther Wallace opens with an interesting conversation between Bozzic and his son, Arnacin, in which the father gives his eleven-year-old son documentation of an ocean-faring vessel, a legacy handed down from father to son over the years. In this first entry in The Black Phantom Chronicles, Arnacin receives this singular mission to recreate the vessel. Follow this epic adventure as he gets shipwrecked on the shores of Mira where he is attacked by savages fighting to regain their ancestral lands. Saved by the people of Mira, Arnacin pledges them loyalty. But he quickly finds himself embroiled in a war he never bargained for, unable to accept the actions of the king of Mira that only makes matters worse. Can he rebuild his ship and find his way home or will he find his destiny in Mira?

This is an ingeniously plotted novel that is fast-paced and filled with action and focused scenes. There is a kind of ritual that opens the narrative, establishing a custom that is passed from father to son, allowing readers an idea of a tradition that reflects the setting in which the story takes place. Arnacin is a young protagonist who grows in wisdom, but he is a character that has internal battles of his own. I loved the way the author allows his humanity to come out in the narrative, a personality that is characterized by “humility, compassion, and intense feeling of responsibility” and these are the values at the center of the internal conflict when he has to make difficult choices. The Savage War is well-written with a vivid setting; deft and balanced, and featuring characters that are interesting and real.